Running a Ruby on Rails application on Replit is usually quite easy and this guide hopes to hold your hand through the process.

If you are starting from scratch, it is recommended that you use the existing Ruby on Rails template.

Starting from an existing Github Repository​

If you already have a Rails application stored in a Github repository, and you want to clone the repository into Replit there are a few things that you need to do.

From the main menu, start by creating a Repl and importing your repository from Github.

The app needs to be bound to 0.0.0.0 instead of localhost to be able to run on Replit.

Once the run command is set, you will likely also need to install all the existing necessary packages by running the following command in the shell:

Once that is done, you should be free to try running the application by hitting the run button.

However, to fully utilize Replit's features, you will have to make two more changes.

First, you will have to allow *.repl.co hosts by adding the following line to config/environments/development.rb. 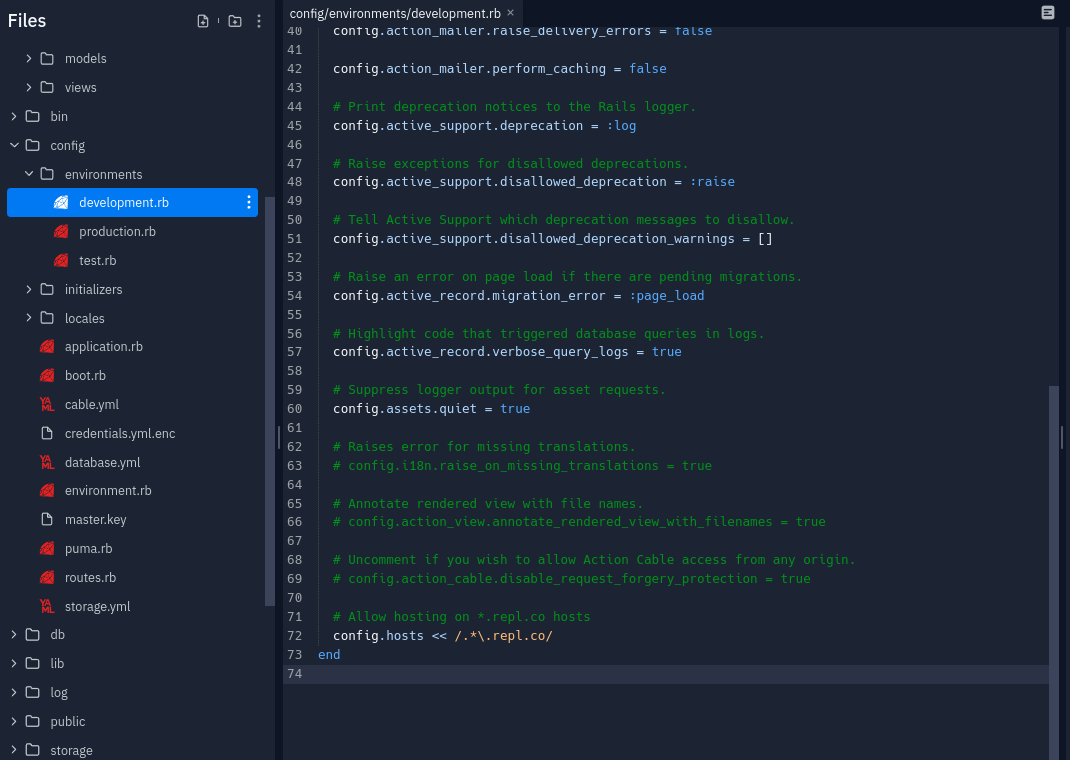 Then, allow the app to be iframed on replit.com by adding the following lines to config/application.rb. 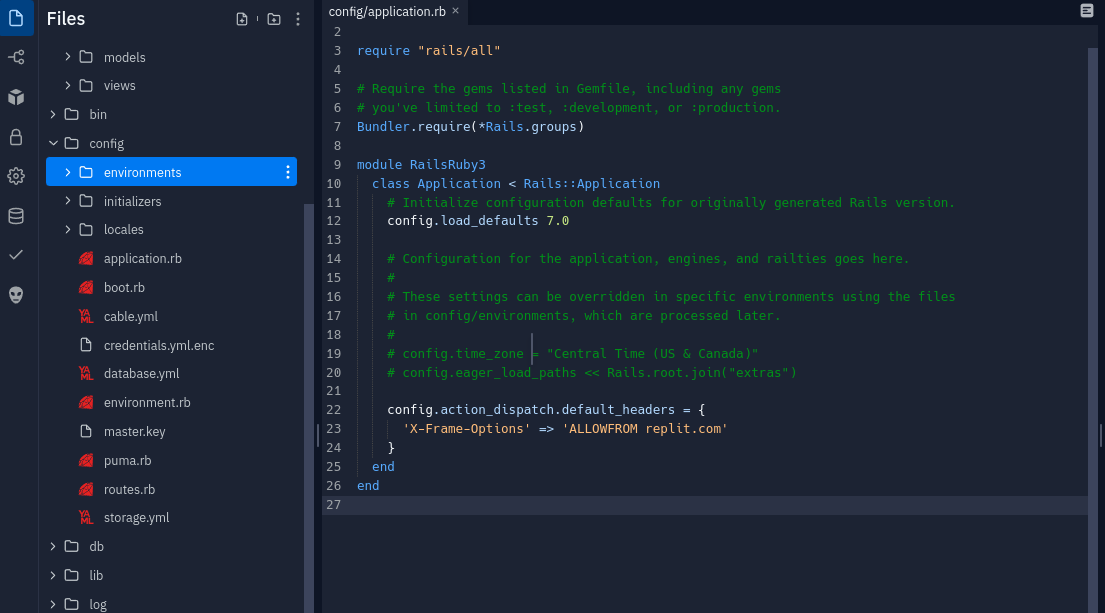 Now, when you run your app, a window should pop up displaying your application.

All commands must be prefaced by bundle exec. This is so that the command runs in the context of the installed gems environment. The console pane will give you output from the server but you can run arbitrary command from the shell without stopping the server.

Could not find 'bundler' required by your 'Gemfile.lock'​