SHPNG SZN is still in full gear with new features, bug fixes and polish abound! (shameless plug for our swag shop where you can cop some SHPNG SZN gear)

In the last two weeks, we merged 762 pull requests, here are the highlights:

Last week, we officially launched Replit's first marketplace, Bounties! Describe your task —> get software built by Replit's top creators. Check out a case study on how Deel used Bounties to get an internal site built in just one week.

As a Replit community member, you can earn Cycles by completing Bounties. Learn more here.

Huge shout out to the Bounties team for their hard work on this project: Michael Hadley, Talor Anderson, Søren Rood, Aman Mathur, and Horacio Lopez.

We just launched a Status Manager, where you can see all your running Repls: restart, kill, see logs, etc, it's awesome! Read more about it here on our blog, from its makers: Joe Thom and Lincoln Bergeson. 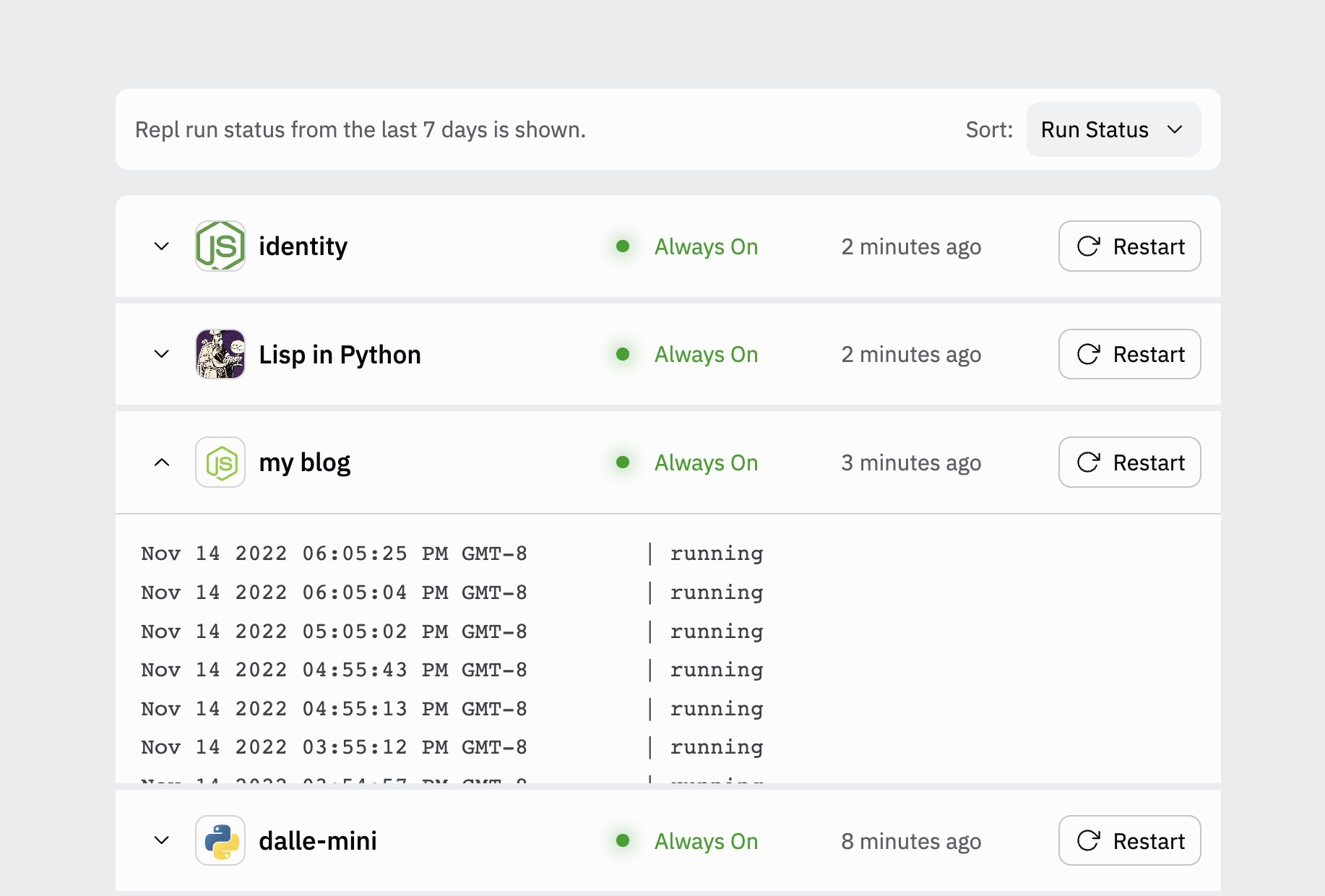 All courtesy of Arnav Bansal:

All courtesy of Xiayoi Chen:

As our code editor runs on CodeMirror, we thought you should know about upstream fixes we've pulled down. Arnav recently upgraded us to all the latest CodeMirror packages, which came with the following notable changes: